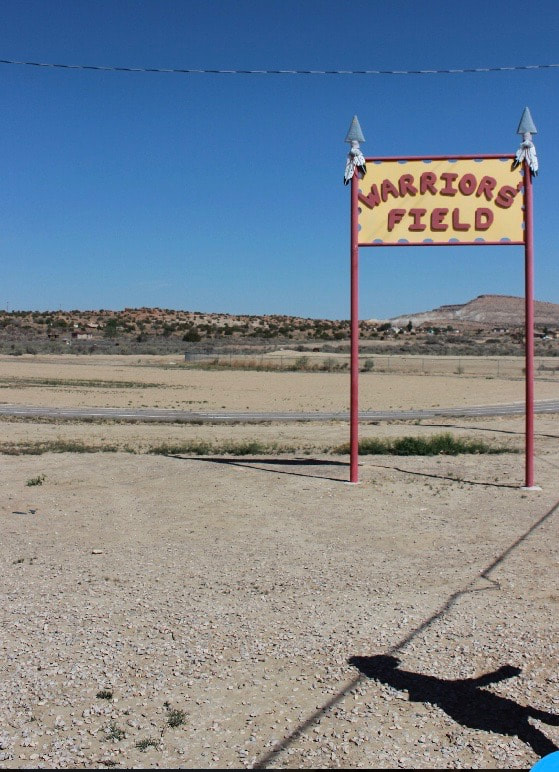 During our field trip to New Mexico, one of the most meaningful things that I did was spend time and help out with a Kindergarten class. This was not the Navajo immersion class, but the one that spoke English. It made me happy to see that they were keeping their language alive by creating a class for it, and the kindergarteners in my class were eager to introduce themselves in the little Navajo they knew. We all introduced ourselves and said how many siblings we had, which was more relevant to the Tohajil'ee kids because they all had at least 2. After that, I read to one or two kids then we all went outside and played on the playground. They love the tire swing and playing tag. Spending time with the kids was eye opening because they were just like the kids I knew back home. I hadn't realized that I had been expecting them to be different, but I was, and this experience helped me confront my own prejudices that I had been unaware of. I did notice however, that they were much more polite than kids I know in Texas. They never complained about taking turns or sharing, and none of them seemed spoiled. This was a sharp contrast, but a good one. Reading with these kids helped me to address my overarching question because I actually got to spend time with real Native Americans, and learn their real opinions to help me conclude my question instead of drawing my own conclusions from research. The most important interaction I had, however, was with a 7th grade girl. I asked her if she ever felt like she wanted to look "white", or if she felt pressure to conform to European beauty standards. I had been expecting to hear something that supported my research, that yes, she did, but I was completely surprised. She told me that she was proud to be Native American, that she doesn't feel any pressure to do that, and he friends felt the same.