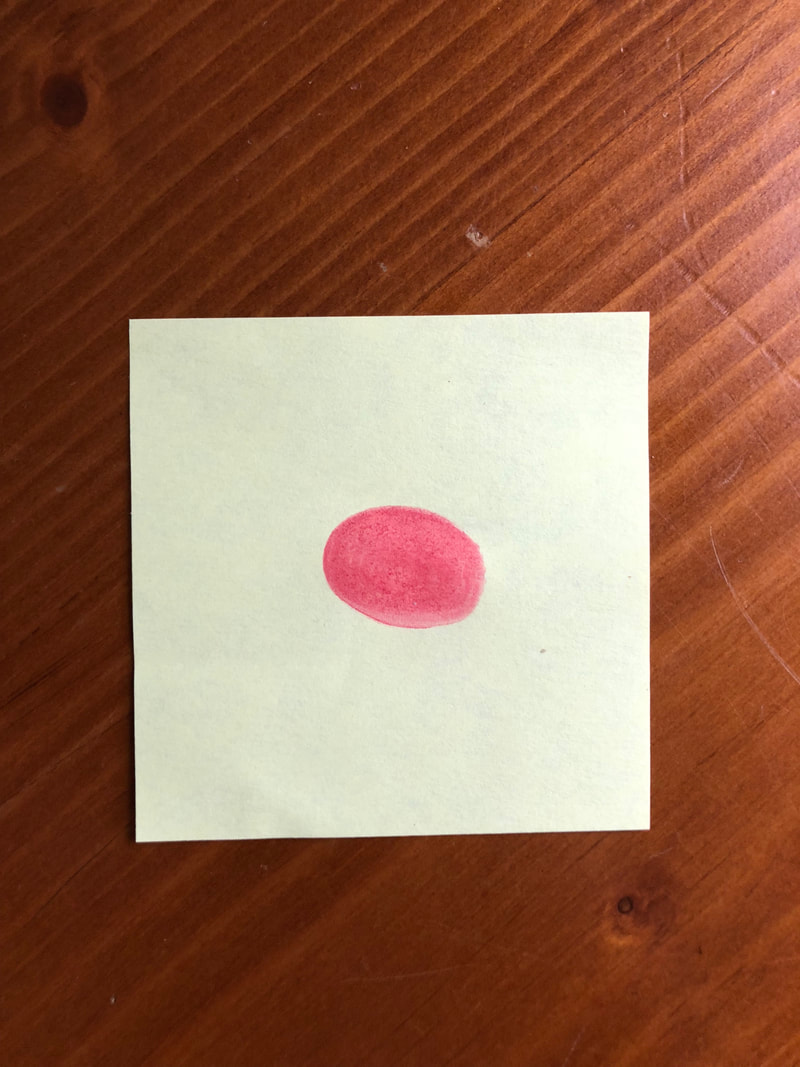 Red Scare, April 2nd, 2018
In History class, we did an activity while learned about the Red Scare with dots. Everyone was given a slip of paper, and couldn't show their paper to anyone else. Some slips of paper had dots on them. The way to win was to either be a "dot" in the largest group of non-dots or be in the biggest group of non-dots. For about 15 minutes, the class milled around and formed groups, trying to figure out who was a dot and who wasn't. If someone was accused of being a dot, they were stuck with a pink sticky note, and then no one wanted to be in a group with them. I was labelled with one of these, because I had been "suspicious", even though I was a non-dot. It taught us about the hysteria and heightened tensions during the Cold War. This activity fits within the pillar of "Communicate Ideas" because the feelings of the American public during the Red Scare and McCarthyism, which was hard to understand for me because I did not experience it first hand, was explained in the best way possible. However, this activity further supports this pillar because it helped me understand the feeling of being ostracized. On a very very small scale, for an extremely short period of time, I could begin to understand what it was like to be rejected by the American public for no reason. That feeling is how this activity addresses my overarching question. I was able to understand more what it was like to not understand why I was not being accepted, and feel like I wanted to be a part of them, which may have been the way some Native Americans felt about Europeans. The "Red Scare" activity also connects to history because it was about the history of the United States.