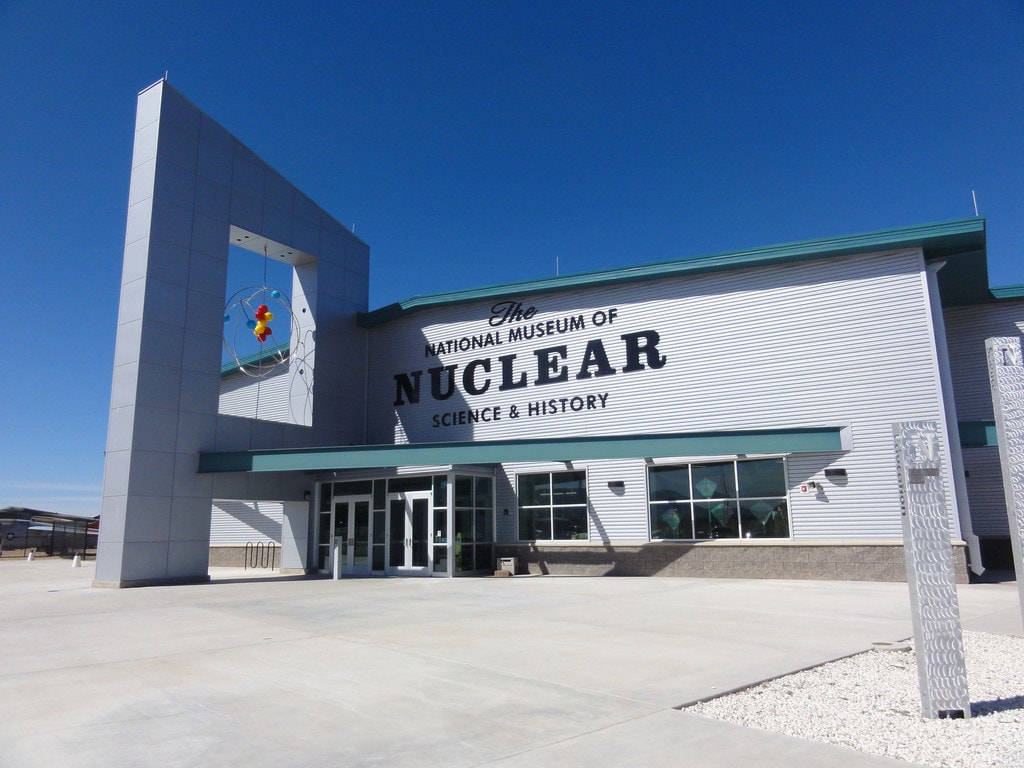 ​​Jim. “National Museum of Nuclear Science and History - Albuquerque, New Mexico.” On The Road with Jim and Mary, Wordpress, 29               April 2012, https://otrwjam.wordpress.com/2012/04/29/national-museum-of-nuclear-science-history-albuquerque-new-                   mexico/
April 24th, 2018
During the junior field trip to New Mexico, one of the first things we did was go to the Nuclear Science Museum in Albuquerque. There, we learned about the history of nuclear bombs, how they were used in World War 2, and how their technology increased during the Cold War. At the end, we got to explore the massive collection of real planes and submarines they also had. It was extremely interesting to see weapons like those up close. This experience is within the pillar of "Investigate the World" because it gave me the unique opportunity to see something that I had always learned about in person. It was humbling to stand next to a real atomic bomb casing and it suddenly made the previously abstract concept of nuclear power feel very, very real. However, there were two plaques that had been removed from the museum that explained the effect of these bombs on the Native community. Uranium, as we learned, was a key material for making these bombs. Uranium also happened to exist in huge quantities under the Navajo Four Corners area. A massive Uranium mining program began, worked by Navajo people. Because of this Uranium, the United States was able to build a nuclear arsenal, but at the cost of Navajo health. Miners exposed to radiation developed lung cancer, and waste from abandoned mines contaminated the drinking water. Since then, there has been no running water in that area for the Navajo people. This helps the experience further support the concept of "Investigate the World" because it taught me about an America I seldom experienced, the America that doesn't care about Native cultures. This source addresses my overarching question in that it provides an example of a time that colonizers imposed onto Native lands and disrupted their culture in a negative way. I also learned a lot about the element Uranium and the processes of fission and fusion, which gave a practical understanding to concepts we were taught in Chemistry.